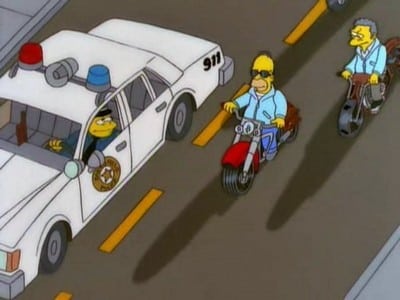 Subtitle for The Simpsons - Season 11, Episode 8: Take My Wife, Sleaze


After winning a motorcycle at a dance contest, Homer becomes part of a motorcycle gang. But when he puts Marge's photo in a biker magazine, a much tougher gang takes her, and he must win her back.