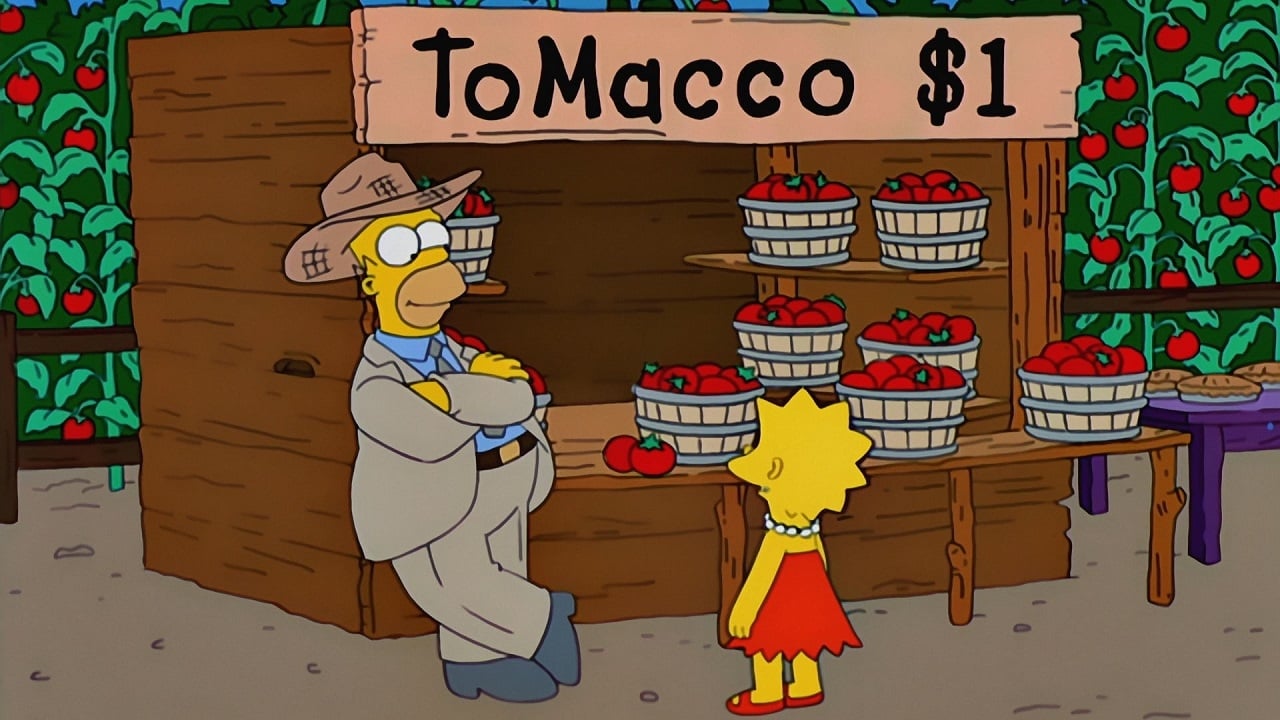 
Fleeing from a duel, Homer takes his family to live on a farm. There he discovers that by mixing tomatoes, tobacco and radioactivity from the nuclear plant, he can create a dangerously delicious new substance.