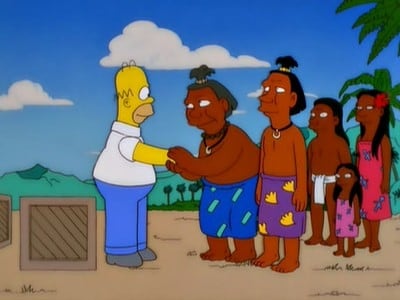 
When Homer fails to give money he promised over the phone, he is forced by PBS stars to flee the country. He becomes a missionary on a small tropical island, where he introduces the natives to casino gambling.