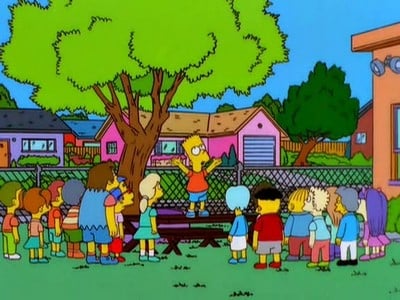 Subtitle for The Simpsons - Season 11, Episode 11: Faith Off


Homer gets a bucket stuck on his head, and when it is removed the town is convinced that Bart has the powers of a faith healer. Then mobster Fat Tony tries to turn the boy's spiritual abilities into more sinister directions.