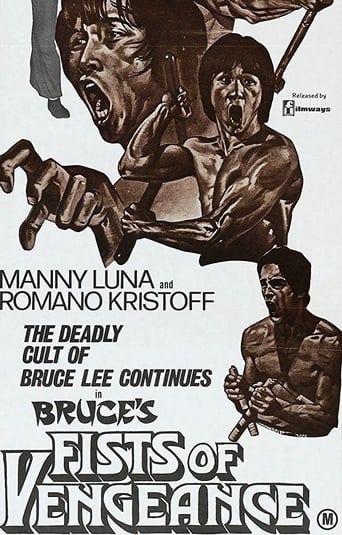 
To compete in his friend Peter's martial arts tournament, Jack flies into Manila from Hong Kong and brings along a book of secret Jeet Kune Do techniques that was entrusted to him by the late martial arts legend Bruce Lee. During the competition, Jack witnesses Peter's defeat at the hands and feet of his academy's rival master, Miguel. Peter gets the book from Jack, just as Miguel learns about its existence. Miguel sends his best fighters to seize the book. Instead, they kidnap Jack and Peter's girlfriend Miriam and hold them ransom in exchange for the book. Now, working commando, Peter uses the secrets of the book to free his woman and best friend.

Write a review for Bruce's Fists Of Vengeance